New Delhi: Bollywood actresses Sonakshi Sinha and Sara Ali Khan were papped in Mumbai today and were seen twinning in a neon-green jacket and black tights. Both divas were all smiles as the shutterbugs captured them and radiated cheerful vibes!

Check out the pics here: 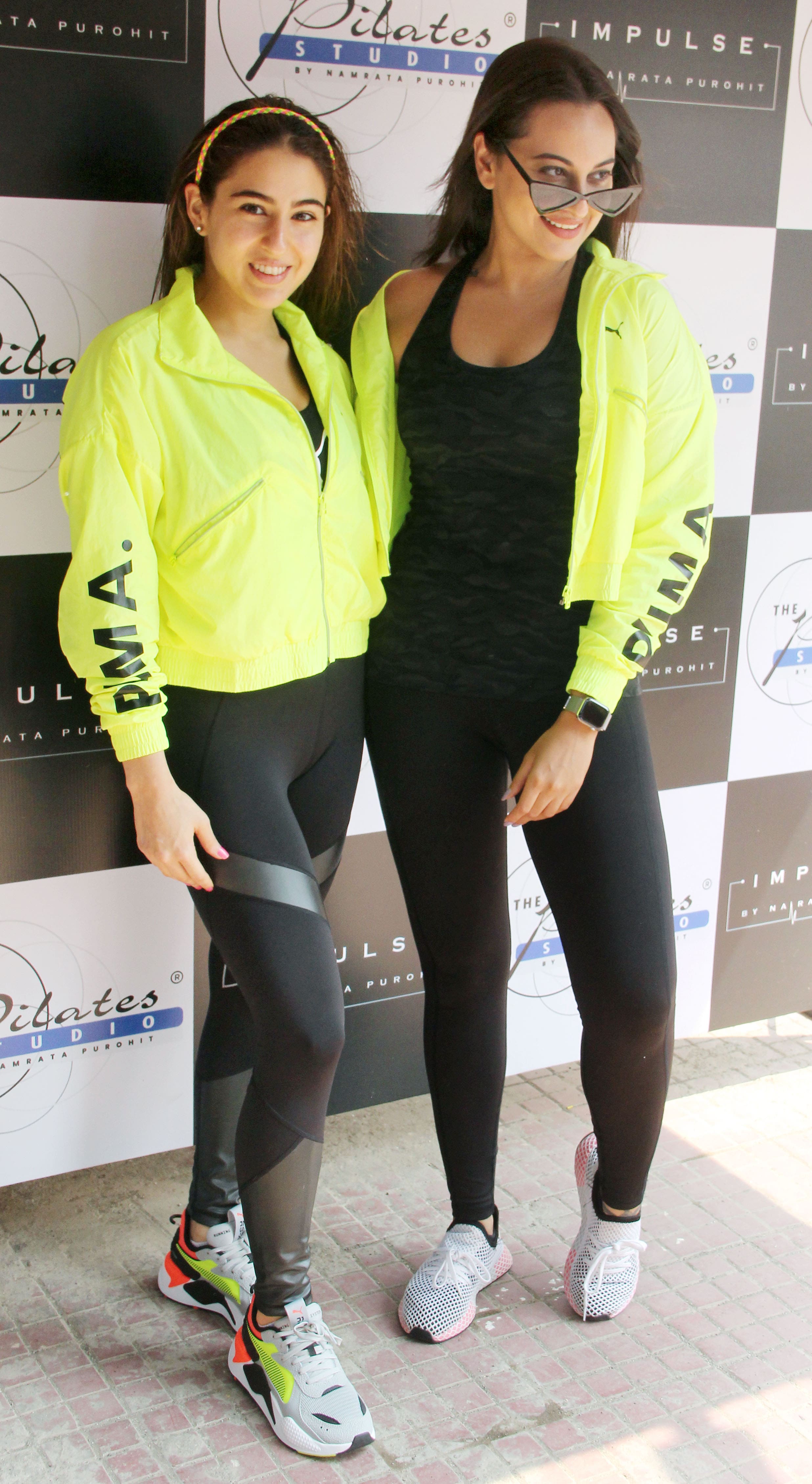 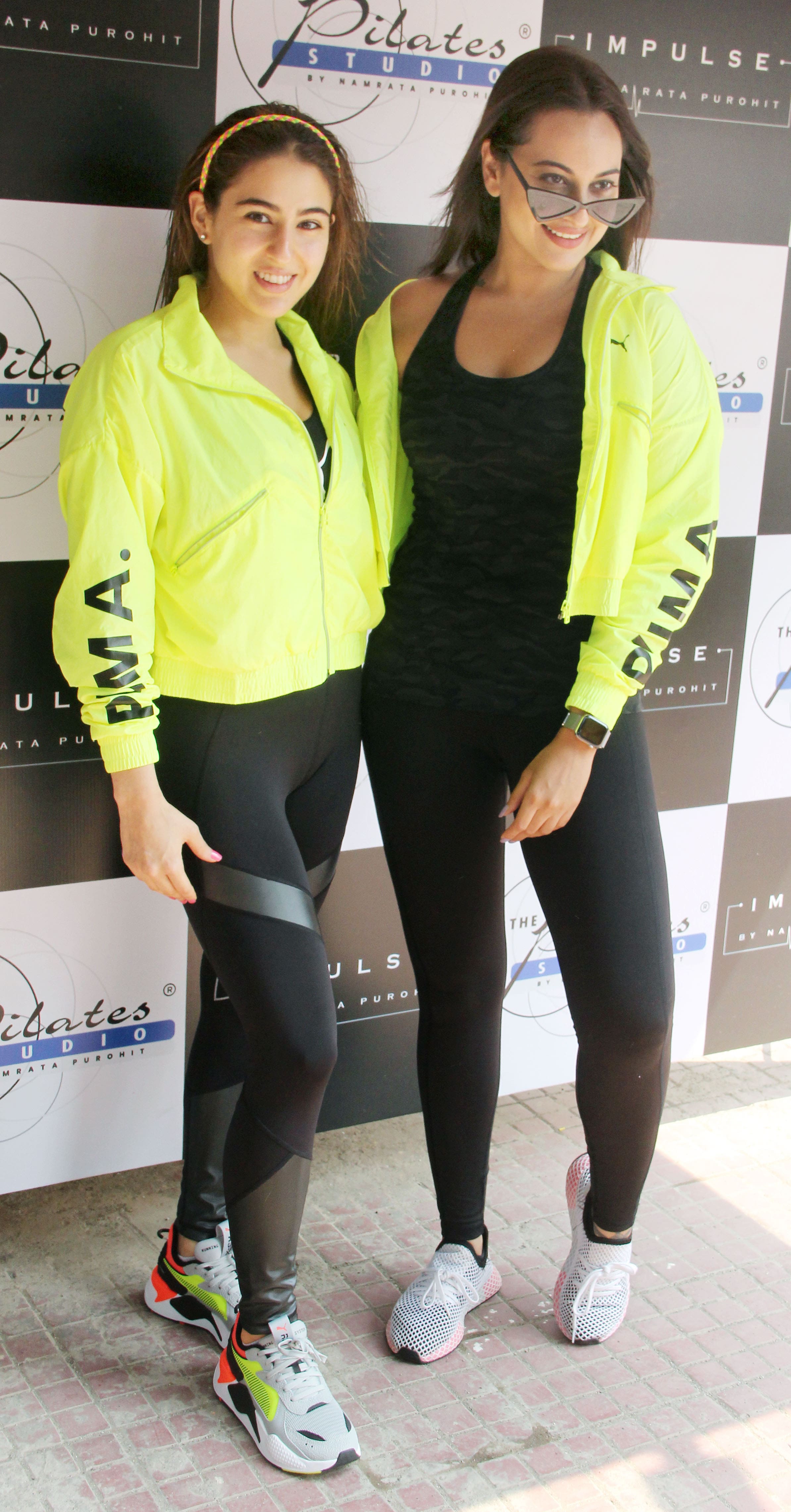 On the work front, Sara has interesting projects up her sleeve. She will be seen with rumoured beau Kartik Aaryan in Imtiaz Ali's 'Aaj Kal'. The film has been high on the buzzword ever since the lead pair was announced.

Coming to Sonakshi, she will be seen playing a special role in Saif Ali Khan starrer 'Laal Kaptaan'. Her first look from the film was unveiled recently, in which she was seen in a different avatar with her face covered in a veil.

She also has Salman Khan starrer 'Dabangg 3' in her kitty. 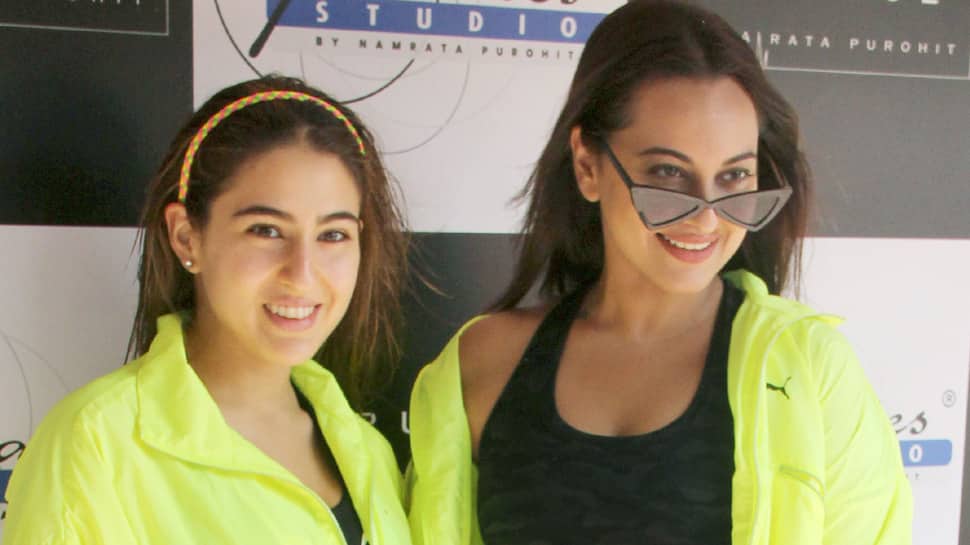