New Delhi: One of the most-awaited films of the year, 'Dabangg 3' will hit the screens in December and makers are busy ensuring that the film remains high on the buzzword. With the shoot of the film wrapped up, its first motion poster has now been unveiled. Salman Khan, who returns as Chulbul Pandey with the film, took to Twitter and shared the motion poster.

'Dabangg 3' stars Sonakshi Sinha as the female lead and will release on December 20 this year.

Apart from Hindi, the film will also release in Kannada, Tamil and Telugu.

It has been helmed by Prabhu Deva and is produced under the banner of Salman Khan Films and Arbaaz Khan Productions.

With the countdown now beginning, are you excited to watch 'Dabangg 3' in theatres? 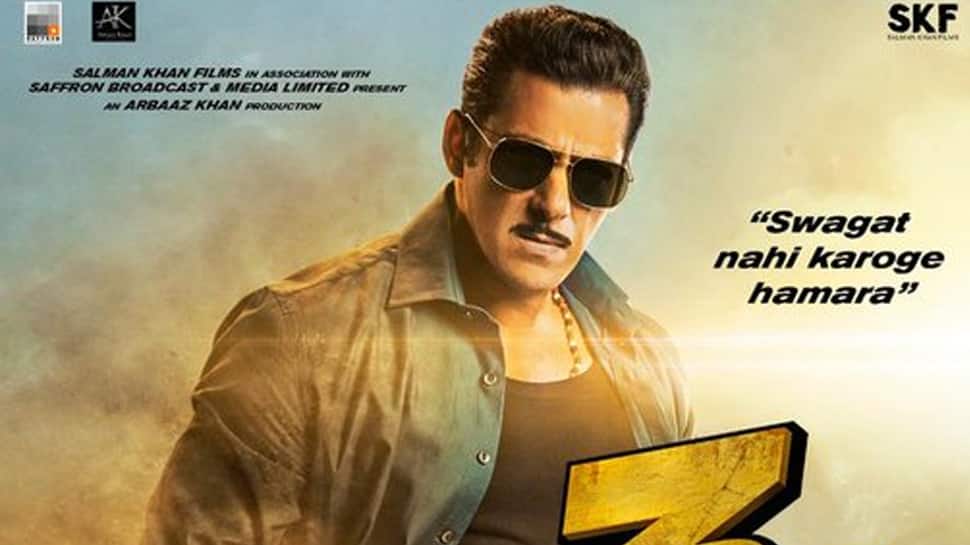